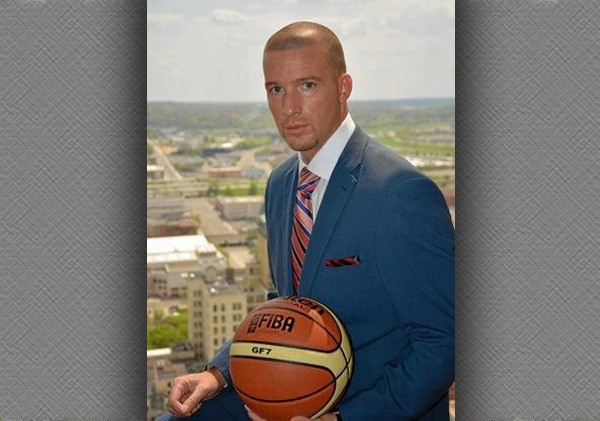 Dohn Athletics celebrates the winning Travis McAvene as Basketball Consultant. With a reputation as one of the best offensive minds in basketball coaching, he instills players with the confidence that builds team cohesion and wins games. “Winning speaks for itself,” he says.

Coach Travis proved that philosophy by working directly with Dohn Prep’s 2017-2018 team during the 10th Annual Who’s Got Next Basketball Tournament in Nashville, Tennessee. Our team  won the tournament 5/0.

A Coach with International Experience

Sports coaching is a fluid field and Coach Travis enjoys success, awards and accolades throughout his international career. Beginning as varsity assistant coach in 1998, he became the youngest Head Coach in College Basketball at Indiana University-East (1999-2000).

From 2002-2006, Coach Travis led 30 players to NCAA Division I level play. His 2002-2004 teams at New Creations Prep in Richmond, Indiana won back-to-back Division II and Division III national championships and closed the season with a 30-4 record. His 2006, Harmony Prep School team, Cincinnati, Ohio had a 30-win season with #2 national ranking.

One of Coach Travis’s responsibilities at Dohn Prep is recruiting and he started this aspect of his career in 2006, working alongside legendary coach Ron “Fang” Mitchell at Division 1 Coppin State University, Baltimore, Maryland.

Coach of the Year Awards

Moving from recruiting back to coaching, his 2008 Westfall High School Williamsport, Ohio team earned the best record in school history and their first conference championship in 30 years. Coach Travis was named SVC Conference Coach of the Year.

“Winning speaks for itself.”

2012 was a remarkable year for Coach Travis as he was named UBA Coach of the Year and Eurobasket All-United States Coach of the Year. He also became Head Coach for the 2012 USA Jones Cup National Team in Taiwan. In the fall of 2013, Coach Travis was named General Manager for the USA Jones Cup National Team and was responsible for hiring NBA coach Sam Mitchell of the Minnesota Timberwolves.

His USA Jones Cup Men’s’ National Team won two Olympic Bronze Medals in 2012 and 2013 and led the tournament in scoring. In August of 2014, Coach Travis was featured in the world famous Bleacher Report http://www.bleacherreport.com/articles/2153904-william-jones-cup-2014-dates-bracket-schedule-and-more)with the USA Jones Cup National Team in Taiwan.

Coach Travis is National Director for the UBA, the top rated minor league basketball system under the NBA D-League. The UBA has produced over 170 players at the overseas professional basketball level since 2009.

Coach Travis has proven excellence through his up-tempo style of play and his deep experience in every aspect of basketball. Dohn Athletics is proud to have Coach Travis as our Basketball Consultant.

Coach McAvene was interviewed in the July 2017 issue of  ProBaller Magazine, page 18.